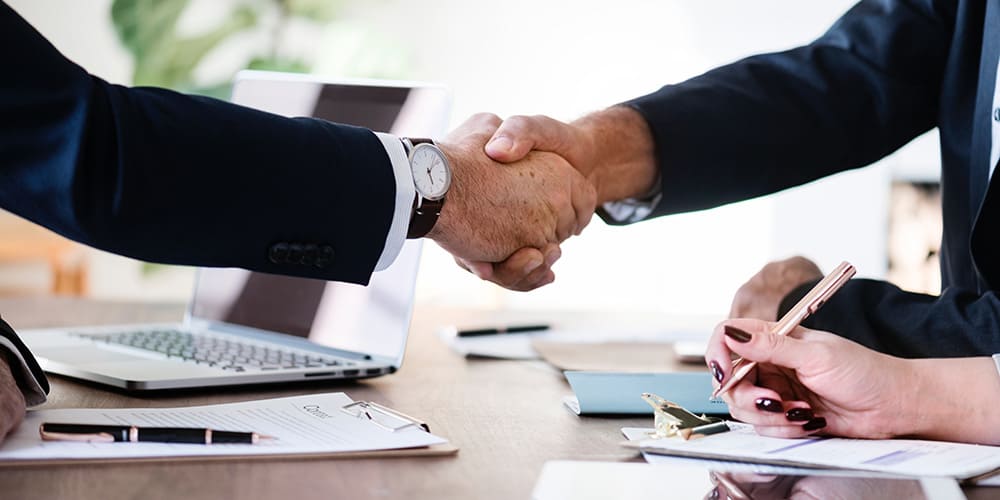 When your business is starting up it’s easy to assume that nothing in the future will go wrong, and that working relationships will stay strong and amicable. While this could prove to be true, the likelihood is that over time circumstances will change, relationships will evolve, and fractious disagreement can result.

Putting a shareholder agreement in place will protect your business in the case of any disputes, and help clearly and fairly govern how your company is run. While it isn’t a legal requirement, a shareholder agreement allows you to put specific rules in place above your company’s articles of associations, so you can protect each shareholder’s investment in the company and restrict the power of directors, where needed.

I don’t have a shareholder agreement – so what?

The problem with protection for your business, is that by the time you realise you’re in need of it, it’s often too late.

The potential costs of damaging fallouts can be huge, and a shareholder agreement can prove the most affordable strategy for protecting your business and reducing conflict for the long term…especially when the consequences of not having one in place can be monumental.

This proved to be the case for one of our clients – a large firm of solicitors – that engaged us to devise a fair way of splitting up their client base evenly in half. While in simple terms this split might sound amicable it is, in fact, far from the case…

Initially this firm was set up when two business women bought a client base with their own money, and offered their then manager the opportunity to manage the portfolio in return for a 50% share in the £140,000 business.

However, within two years this shareholder decided to split from the company because she could make more money running the business on her own – and in doing so she wanted to take half of the client base with her. Unfortunately for the firm, with no shareholder agreement in place, there was nothing in the company articles that could stop the rogue director from taking this action.

The result? The firm lost half their business assets, gained a new competitor in the market, and had to pay a solicitor’s bill for their advice on the split of £8,000.

What can a shareholder agreement do?

The truth is, if our clients had of had a shareholder agreement in place, they would have been in a much stronger position to challenge the other director and protect their assets.

The shareholder agreement will contain clauses including:

With this protection, our clients could have specified clauses that if someone wanted to sell, their shares must be offered back to the other shareholders first.

Ultimately, a shareholder agreement would have stopped the outgoing director from having the resources of assets to start in competition, the existing business would have been protected, and thousands of pounds would have been saved in legal fees.

We would recommend that if you are in business with anyone other than your spouse, you should put a shareholder agreement in place.

Role of the accountant – who’s to blame?

In the case of this client, they sadly bore the brunt of major mistakes made by their previous accountants.

When the business was moved from a partnership to a limited company, all parties involved should have been informed about the potential downsides to a split before any decisions were made. Unfortunately for the client, the accountant focused solely on ensuring the company paid less tax without considering (and making the client aware of) the pitfalls that can come with being a limited company.

Of course, you want your accountant to try and save you as much money as possible, but that comes down to offering the best possible advice to protect your business, as much as reducing your tax bill. When you consider the amount of money that may be lost in legal fees, assets, and increased competition, it pays to trust in an accountant that will always advise on the human element of any financial decision, as well as any disaster recovery that might be involved.

If you need further information regarding protecting your business, or would like to know more about what a shareholder agreement involves, we’d be happy to assist on a no-obligation basis.

We use cookies on our website to give you the most relevant experience by remembering your preferences and repeat visits. By clicking “Accept All”, you consent to the use of ALL the cookies. However, you may visit "Cookie Settings" to provide a controlled consent.
Cookie SettingsAccept All
Manage consent

This website uses cookies to improve your experience while you navigate through the website. Out of these, the cookies that are categorized as necessary are stored on your browser as they are essential for the working of basic functionalities of the website. We also use third-party cookies that help us analyze and understand how you use this website. These cookies will be stored in your browser only with your consent. You also have the option to opt-out of these cookies. But opting out of some of these cookies may affect your browsing experience.
Necessary Always Enabled
Necessary cookies are absolutely essential for the website to function properly. These cookies ensure basic functionalities and security features of the website, anonymously.
Functional
Functional cookies help to perform certain functionalities like sharing the content of the website on social media platforms, collect feedbacks, and other third-party features.
Performance
Performance cookies are used to understand and analyze the key performance indexes of the website which helps in delivering a better user experience for the visitors.
Analytics
Analytical cookies are used to understand how visitors interact with the website. These cookies help provide information on metrics the number of visitors, bounce rate, traffic source, etc.
Advertisement
Advertisement cookies are used to provide visitors with relevant ads and marketing campaigns. These cookies track visitors across websites and collect information to provide customized ads.
Others
Other uncategorized cookies are those that are being analyzed and have not been classified into a category as yet.
SAVE & ACCEPT